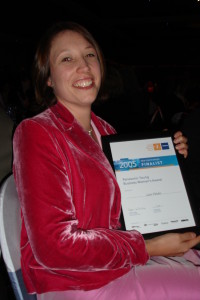 I started my entrepreneurial career with the launch of the Mocks brand in 2004, creating the market in Australia for phone socks.  With Mocks I won various awards including twice being a finalist in the Telstra Young Businesswoman of the year and winning the Telstra Microbusiness Award for NSW.

I then went on to write about my experiences in my book Brand New Day which has become a best seller in it’s category.  Next came Social Rabbit, social media consultancy, after success with the Mocks brand on Facebook in 2010, but within 18 months I realised that a service based business was not for me.

In 2012 I had a change of scenery and went back to the UK to see if I was missing anything – apart from family and Sadlers Wells (ballet company) I realised that it wasn’t where I wanted to be.  While I was in the UK I worked for an online travel company for a year covering a maternity position in Brighton.

I sold Social Rabbit, finished up the maternity cover and worked on the next BIG IDEA which turned out to be Beauty Hum.  Beauty Hum started in 2013, a marketplace for individual hairdressers and beauticians to meet customers.

In 2014 I closed Beauty Hum due to my Mum dying and took a regular job launching and running the Australian arm of UK company Omlet, selling pet products.  In 2 years I grew this business to a $1.2m turnover.

LOLL poncho towels was launched in 2016 for grownups after realising that I wanted what the kids on the beach had!  Since then there have been lots of other businesses, such as Story Antics – a VC funded venture sold in 2021.  Currently I am working on a few different projects while I work out what Iis next for me that will feed my passion in business. 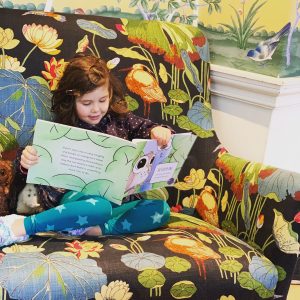